Prunelax is a safe laxative 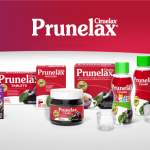 Prunelax is a natural an effective laxative and its Active Ingredient is Senna. Senna is a bush that grows in the Arabian Peninsula and Northern Africa. It’s pods and leaves have been used as laxatives for over 2,000 years and it’s available in tablets, tea, jam, and syrup formulas. Some even buy the leaves and prepare it at home.

There are dozens of independent studies about the safety and effectiveness of Sennosides. Sennosides work directly in the large intestine, so it’s not absorbed into the bloodstream. This is important because it can’t cause dependence (it doesn’t go to the brain).

Senna is also compatible with breastfeeding: no secondary effects have been noticed in infants nor changes in their stools consistency, when their mothers have taken Sennosides at the recommended dosages. 1,2

In pregnant women, especially during the second and third trimester, a constipation treatment with Senna wasn’t associated to a higher risk of congenital abnormalities.4 TGA (Australia) has approved Senna as a Type A Drug, which means that it has been taken by pregnant women and there is no evidence of an increase in malformations and other effects in the fetus. 3,4 FDA has approved Senna as a Dietary Supplement of occasional constipation5.

The use of Senna during long periods of time has been investigated in several long-term studies and with a large number of patients. A study conducted over 12 years in over 544 patients indicated that the duration of laxative use in the case of senna-based laxatives has no significant impact on the development of adenoma or carcinoma.6

No products in the cart.